Red light is often used to indicate alarm, danger, or the concept of "stop," so any red indicator lights on the panels you have need to be visible. However, red lights can often appear dimmer than other colors, and that's not good when you need to see if a red light has blinked on. Luckily, they don't have to be dim, so don't assume you're stuck with a difficult-to-see light. By making a few adjustments, you can have a red indicator light that is as visible as you need it to be.

The Lumens Value Is Too Low

You should use LED lights now; if you're not, it's time to switch. Either way, LED lights use lumens and not wattage to describe their brightness. If the light you have is dim, look for another red indicator light bulb with more lumens. The size of the bulb may limit how many lumens you can find, but go for as many as possible. If you use LED lights already and have the package for one of the lights that you think is acceptably bright, try to match those lumens with the red bulb.

It's always possible you have a terrible brand of bulb. A lot of cheap bulbs—both in terms of price and quality—don't emit a lot of light and don't last long (one of the symptoms of an LED bulb finally failing is that the light from it will start to appear dimmer and dimmer over time. Look for bulbs such as YuCo YC-22R-3; ask colleagues what they use, and ask bulb store staff (if there's a specialty bulb company in your town) which brands seem to be returned the least and which receive the fewest complaints.

The Beam Angle May Be Different From What You Need

When a light bulb emits light, the light spreads out to a certain width. (Assume this is a round bulb, so the light spreads out to a certain diameter.) Each light has a beam angle and a field angle, which both describe the points at which the intensity of the light falls to a certain percentage. A dim indicator light could have beam and field angles that are too small, making the light look intense when you look straight at it but dimmer and less intense if you're looking at it off-center. You may need to find a light with a wider field or beam angle. You might not have a lot of choice with a tiny indicator light, but you will have some choice. 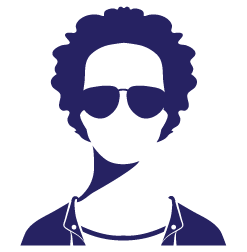 Welding has been a very lucrative career choice for me. I have gone from working for a large company to running a small business of my own. Recently, I have reached the point in which I had to hire a few welders to help me complete the many large orders that had been coming in. Before I could hire the workers, I had to buy the equipment and safety gear. This blog contains all sorts of information about welding and the supplies and gear that are needed to get the job done right. Thanks for reading and I hope my posts keep you safe!